FREE SHIPPING ON ORDERS OVER $49 IN U.S.

FREE SHIPPING ON ORDERS OVER $49 IN U.S. 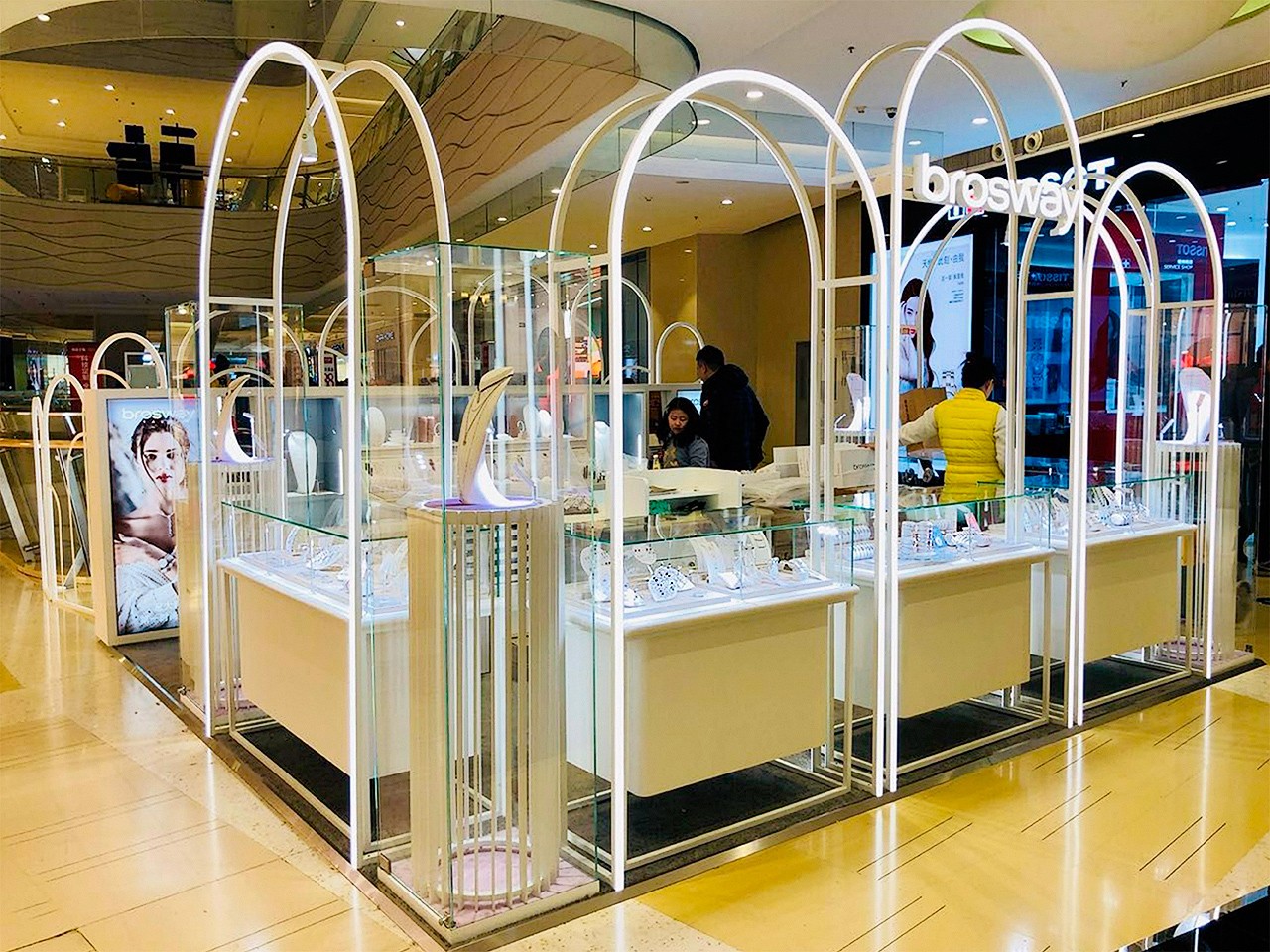 The internationalization strategy of the Company keeps on growing. With the two Chinese branches, in Hong Kong (financial branch) and Beijing (operational branch), and the two shops in Shanghai and Tianjin, it is moving its steps in the Asian market.
In Tianjin, inside the Nankai Joy City Shopping Mall, the shop has been created out of a concept which bases on the white color and linear leds frames, thus creating bright arches in the space, aimed to make the below displaying desks stand out. A very simple and basic line, chic and elegant at the same time.

Within the expansion phase of the brand, a modular format for retail spaces has been designed. The format can be adjusted to the different surfaces it is applied to, while always making the Brosway philosphy be recognizable all over the world.

Bros Manifatture was born in 1979, in the Marche Region, as a company being specialized in the production of Bros-branded leather straps for watches. Over the past few years the Company has broaden its offer through launches and acquisitions, and it has distingished as one of the main multibrand company of the sector. Bros Manifatture owns the following brands: Dhiva, packaging for jewelry; Brosway, fahion jewelry and watches; S’ Agapò, easy to wear stainless steel jewelry; Rosato, silver and gold fine jewellery; Pianegonda, design jewelry of excellence.
Bros manifatture is in over 30 Countries all over the world, in more thn 10,000 points of sale and it employs more than 200 peoples. It’s built on a structured agent network and it is developing re direct retail strategy by opening several flaghip stores for Brosway (Milan, Miami, Shanghai) and Rosato (Milan, Rome, Forte dei Marmi, Kuala Lumpur, Shanghai, Tianjin). In 2017, the turnover of the Company exceeded EUR 40 million.